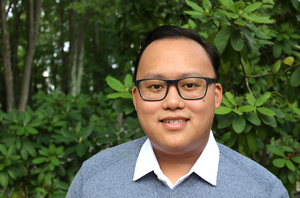 Click the links that follow for more news about Zachary Espiritu, Norm Meyrowitz, and other recent accomplishments by our students.

"Zach was a super-competent UTA, HTA, and MTA," says Brown CS Professor Tom Doeppner, Vice Chair and Director of Undergraduate Studies. "He excelled in research, particularly in cybersecurity, but was also sought out for his research skill in other areas. He took time off from school to undergo cancer treatment, which he pulled through to the relief of everyone."

Norm Meyrowitz feels similarly. “I’ve worked with Zach over the past year," he says, "and I can certify that he has done amazingly at a job way more complicated than the one done by the person after whom the award is named.”