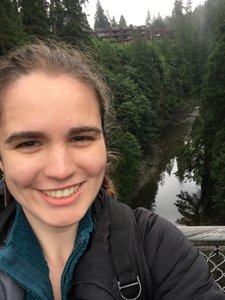 Click any of the links that follow for more news about Natalie Reed and recent awards and fellowships that Brown CS students have won.

Brown University's Department of Computer Science (Brown CS) has made it our mission to create and sustain a diverse and inclusive environment in which all students, faculty, and staff can thrive. Few things are more meaningful than to see our female students become known leaders and role models in the field, and Brown CS undergraduate Natalie Reed has just received significant recognition: she's been named a Women Techmakers Scholar. The award is part of Google's Women Techmakers Scholars Program, which aims at furthering Anita Borg’s vision of creating gender equality in the field of computer science.

GWT Scholars receive recognition and support for their education as they become part of the next generation of diverse tech leaders. This includes a visit to Google's Scholars Retreat in Mountain View, California, filled with tech talks, networking opportunities, developmental activities and sessions, and social activities with the other Scholars.